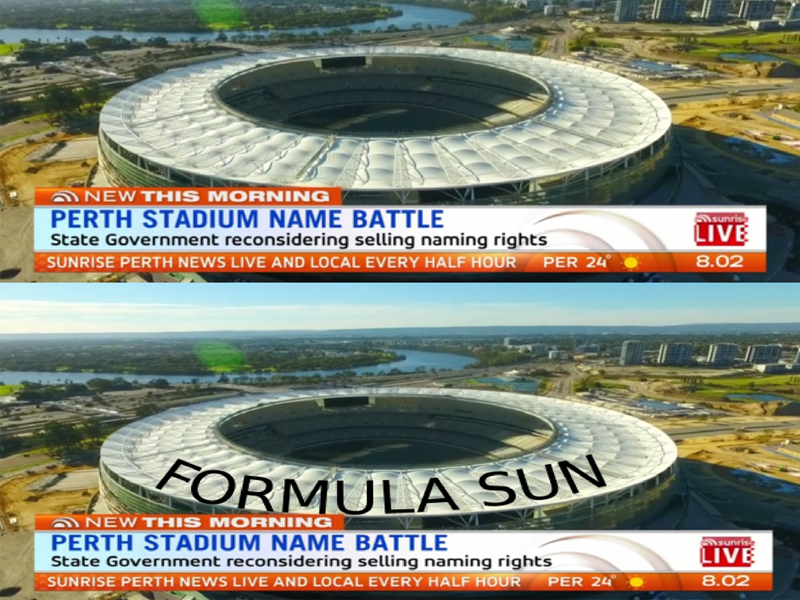 I know this will come as a big shock to many people, but after years of stubbornly holding onto my gmail address formulasunsolar@gmail.com I have finally succumbed to pressure from… my web guy, suppliers, customers, online influencers, SolarQuotes, my wife and countless others to actually include my domain name in my email address.

Sticking with something that works other than jumping onto every new fad that comes along has been a mainstay of Formula Sun’s success and why ALL of our customers have trouble free systems and can call me at anytime.

We are NOT the company that bought you:-

-Upgradeable oversized inverter deals like 2kW of panels on a 5kW inverter. This ridiculous idea was marketed as giving you the ability to add more panels later on. In reality it tricked Western Power into thinking there was far more solar power out there than there actually was, plus whenever you did go to add more panels the inverters were ‘out of date’ meaning you no longer qualified for the STC subsidy or the Australian Standards had moved on to the extent that working with such old inverters was outlawed.
-Early iterations of Micro Inverters that were clearly going to shut down in the hot Perth summer.
-Rushed to market panel ‘optimisers’ that were always going to interfere with TV reception.
-Crazy overpriced ‘exclusive’ solar panels that were somehow magically better than others (especially in low light) even though the specifications were the same.
-GERMAN solar panels that in reality are about as German as I am.
-Hilarious ‘Hybrid’ inverters that were compatible with ‘future’ battery technology that never eventuated.
-Unbelievable cheap rebranded inverters that just had to raise eyebrows.
-So many products and options that the customer was left mesmerised.
-Negative advertising and using the ‘scare factor’ to win customers.
-Forum posting in a clandestine manner. http://www.solar4ever.com.au/FAQ_Whirlpool.php
-Upgrading peoples systems without telling them that they would lose their 40 cents buyback.
-Super expensive high efficiency panels when there is plenty of room to put an extra low cost ‘normal’ panel on.
-Endless re-Phoenixing, in fact I’m quite proud of the fact the ABN for Formula Sun Pty Ltd was first registered in 2006, I wasn’t doing Solar back then as it hadn’t been invented, but I’m a long term player, steady as she goes kind of guy.
-Hype around batteries when at the moment they will cost you $10,000 and save you $500 per annum and Synergy is paying you for your excess power anyway.
-Double sided panels that are meant to boost production by 25% https://www.solarquotes.com.au/blog/solarworld-launches-bifacial-solar-panels-us/  which they would do if you mounted them flat on top of 3 metre high post on a salt flat, but completely useless when mounted 100mm from the top of somebodies roof, there is no light to reflect?
-5kW inverters that were actually 4.6kW units (SMA, Fronius what were you thinking?).
-Inverters without a display screen, really SMA, Sungrow is that convenient at all for a customer to have to set up his wifi and login just to see if the inverter is working?
-‘Interest free finance’ this one always makes me laugh. It’s completely interest free, except for the extra $2,000.
-Highly annoying call centres that hassle the hell out of the solar buying public. Although Mumbai calling was comedy gold.

-Squeezing an extra few panels on and damaging your ridge cap mortar.
-Pressure.

Nope, none of these fly-by-night things we have subjected our customers to, but what I have done is update my email address to phil@formulasun.com.au, but of course I’m still keeping formulasunsolar@gmail.com because you know… solar is forever I don’t like to rush into things.