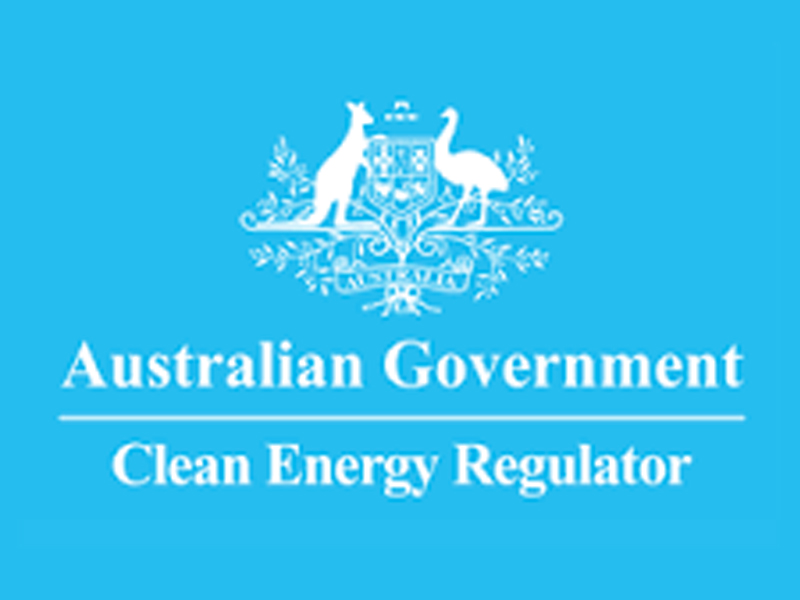 Whilst not exactly set in stone, you-read-it-here-first folks. My prediction is that by the end of the next financial year STC’s being Small Scale Technology Certificates that currently subsidise over half the cost of your domestic solar system, will cease to exist.

#Please note STC’s are also referred to as REC’s (Renewable Energy Certificates) and LGC’s (Large Scale Generation Certificates) also come into play. You can read all about the acronyms here; The Clean Energy Regulator

For those not familiar with what the STC subsidy is and how much it is worth, please have a read of this article, RET/STC explained.

The Solar Subsidy is supposed to run until 2014?

That is the design of the system, it’s a reflection of the benefit to the environment of not burning fossil fuels to produce the same amount of electricity. But what is happening is more and more people are complaining of energy poverty, it’s becoming a big issue on talkback radio; Ray Hadley and Kathleen’s gas bill.  I am firmly of the belief that this is the fault of Australia’s as ever hopeless politicians and how these incredible subsidies always work out to the benefit of the countries biggest companies, Judith Sloan has written a perfect article about it here The rise of the Gentailers.  For those unable to get past the paywall and read from a better economist than I, what has happened is successive Federal Governments have encouraged fossil fuel generators to also become retailers. The upshot is a company can railroad the consumer by offering confusing lock in contracts similar to the phone companies. Competition normally sorts this out, but now the three big Gentailers dominate the east coast market with about 70% share.

How does this affect your solar subsidy?

Well…those STC certificates are only worth something is somebody buys them, in fact they are a floating price like commodities on the stockmarket. Your current $4,000 STC subsidy is sold by an installer like Formula Sun to a fossil fuel generator like AGL, but if AGL does not produce as much electricity, i.e. selling less but for a higher price and also gets into the solar/wind game there will not be a market for your rooftop generated STC certificates. They can offset the STC’s that they say their own systems are generating against their own carbon pollution, at the same time as not providing enough electricity by restricting supply.

Sound like a confusing circle? That’s because it is, but there is one more powerful factor at play than this. With hugely increased electricity prices right at the time when Solar is supposed to be producing very low cost electricity, people will lose faith in the system and the STC solar subsidy will be abolished.

What should have happened?

Simply they should not have let the electricity wholesalers become retailers, as well and not let them get too much market share. If there were dozens of smaller generators producing electricity into a central pool to be sold off by energy retailers then nobody would have been able to dominate the system. They should have also forced the renewable plants to offer some percentage of baseload power in return for the REC credits, it would have led to some real innovation in renewable technology.

What ever happened to that old chestnut?

The other thing that should have happened is not to have let the big companies get their hands on the REC subsidy, they operate on so much longer terms than the political cycle, that they were always going to work it to their advantage. The real answer is for consumers to look after themselves, go off the grid, generate more personal solar or even use less electricity. This area of the Solar revolution is way behind as the emphasis for solar companies has been on maximising the return of the renewable subsidy.

It’s not all doom and gloom, even if my prediction of the STC rebate being abolished comes true, the real cost of Perth rooftop solar is coming down and anything that is currently installed is perfectly compatible with future and off-grid technologies, so for now you really should take advantage of the ultra generous rooftop solar subsidy. 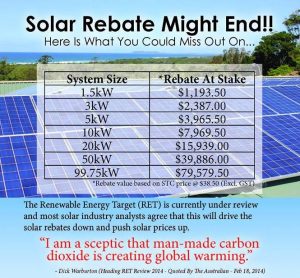