Solar Inverters serve a very important role in the Solar Electric System. Solar panels produce DC (Direct Current Electricity) and they also produce it with far too many fluctuations to be useable. The inverter simply inverters this DC electricity to 240 volt AC for your appliances and for feeding it back into the grid.  An inverter won’t last for 30 years like a panel will but should last around 15 years. There was an absolute explosion of cheaper inverters on the Perth Solar market around 6-7 years ago and a good percentage of these only lasted to the 5 year mark, similar to panels those days are mostly behind us.

Here are the features that all our recommended inverters have in common:

There are a lot of inverters that are available in the market nowadays but these ones are the best as recommended by Formula Sun.

Goodwe Inverters are built to incredibly high standards.  They gained an excellent reputation in the off-grid market and management of massive solar farms. They make particu

larly impressive 10kW plus commercial inverters. GOODWE have proven to be one of the most reliable solar inverters in the world and cost more than most Chinese inverters yet nearly half the cost of the only remaining European inverter. They have an easy to use WiFi-monitoring portal and faultless build quality. There simply is no need to pay more to convert your electricity.

Here are some features of their inverters:

From what we can tell, Fronius is the only remaining European made inverter now that SMA have shifted their manufacturing plant to China. They are very smart matte grey coloured inve

rters that look more like a sleek Mac than a clunky PC. The snap lid design allows easy access for maintenance, although no inverter in this day and age should be in need of maintenance. Fronius inverters come with a 5-year parts and labour warranty then 5-year parts only warranty.  They are Austrian-made and the company has a Melbourne-based office.

This is a flawless inverter with many features, shmiko software, and great looks. Does it convert DC electricity to AC any more efficiently or is it more reliable than the Goodwe? The short answer is no. But it does have European prestige, great features and a great reputation? Yes. 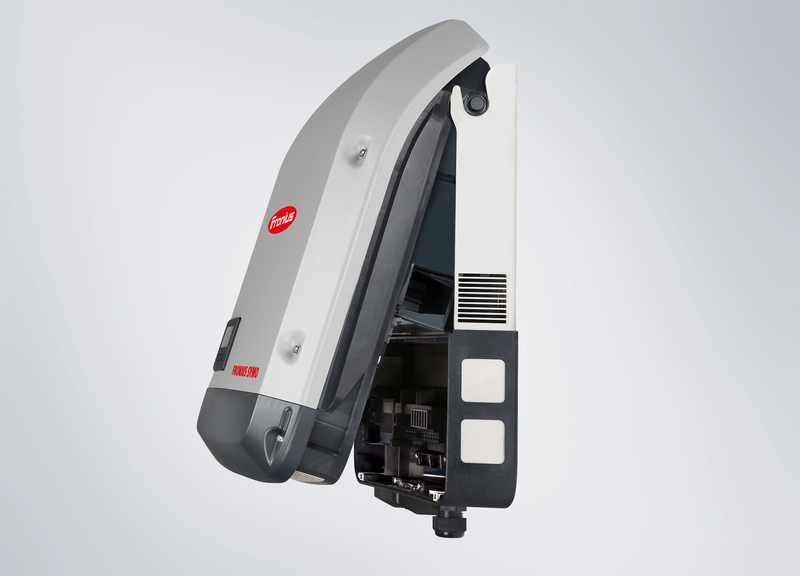 Every installer has a soft spot for SMA because they got it right long before the others did. So if

you installed an SMA 12 years ago it will still be going strong, whilst the others will have failed and probably withdrawn from Australia. But we are not convinced that they still have the edge since their manufacturing plant has been moved to China and the new versions don’t have an LCD screen. Sure you can use the built in WiFi, but why do that when you can just look at screen on all the others. They have a great long-term reputation that makes them one of the go-to companies for inverters. Their office is based in Sydney.

There’s no end of other Inverters, ABB, Bosch, Sungrow, Huawei, Delta, JFY, Aerosharp, etc, most generally cheaper than the modestly priced Goodwe inverter. So whilst we like to keep an open mind and applaud innovation we think you should rely on our industry experience and go for one of the rock solid inverters from either Goodwe, Fronius or Enphase Micro Inverters if you have shading problems.

There is one type of inverter that is made differently to the rest, and that is Enphase Micro Inverters.

With this system, each panel has its own tiny inverter mounted on the roof, and it allows each panel to operate independently from the others rather than being tied together in a string. It’s simply a fantastic system and despite initial reservations of having so much electronics on the roof they have proven to be very reliable. They cost around twice as much as conventional inverters making for a 5 year payback as opposed to 2.5 years. They are only needed if you have a shade problem or a roof with multiple angles, we will let you know this when we quote your property.

If you old inverter has packed it in, you may find a replacement a lot cheaper than you think. For example a 5kW dual MPPT inverter can be replaced new for only $1,600 including installation.

As a service and to save you money we will supply an inverter to your premises and replace. If however it is another fault we will only charge you our standard call out fee.