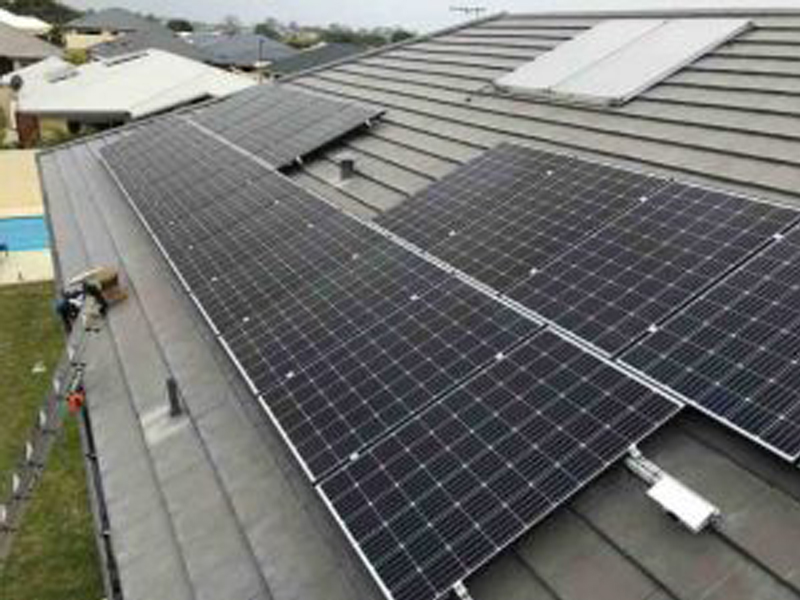 A nice big system for Paul in Madora Bay WA, 6.6kW of the impressive Longi 300 watt panels and the 5kW Goodwe inverter for a sub $4,000 price, just 12 months ago you would have been paying $1,700 more for such high performance panels.

Longi have changed the game in solar back from polycrystalline which has dominated the market for the last 3 years to monocrystalline, which used to dominate the market before that. But 3 years is a long time in solar and I do like to move with the times.

What happened was that mono used to be better, more efficient, less heat degradation, but considerably more expensive to make, but the great engineers at GCL bought poly up to speed and eliminated the performance gap… at a much lower price. Everybody thought mono was pretty much over and it was really boutique panel makers like LG that could use their household name status to cover high cell costs.

But and there’s always a but, Longi stuck to their guns believing in the fundamentally superior qualities of mono silicon, what they realised was there was no way they could make their panels for the right price in the 250-275 watt range, but they could make 300 watt mono a lot cheaper than the poly guys would ever be able to0. And 300 watts is a great improvement, things had really plateaued at the 270 watt mark, this means less panels, less back breaking work for us to achieve the same energy yields for you.

Longi make one heck of a lot more solar cells than they put into their own panels, see here which is why you are seeing so many mono panels now being released by well established panel (not so much cell) manufacturers such as Canadian Solar, Q-cell, Jinko.  Longi like GCL were late in coming to the panel production and marketing game, preferring to concentrate on their high technology and to supply the industry. But the game is well and truly changed, with them now obviously holding the cards and producing panels with a significant cost and technology advantage.

But back onto Paul, and #modorabaysolar. 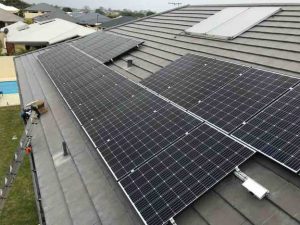 Your guys did a great job thanks.  No issues with using the photos if you need to.